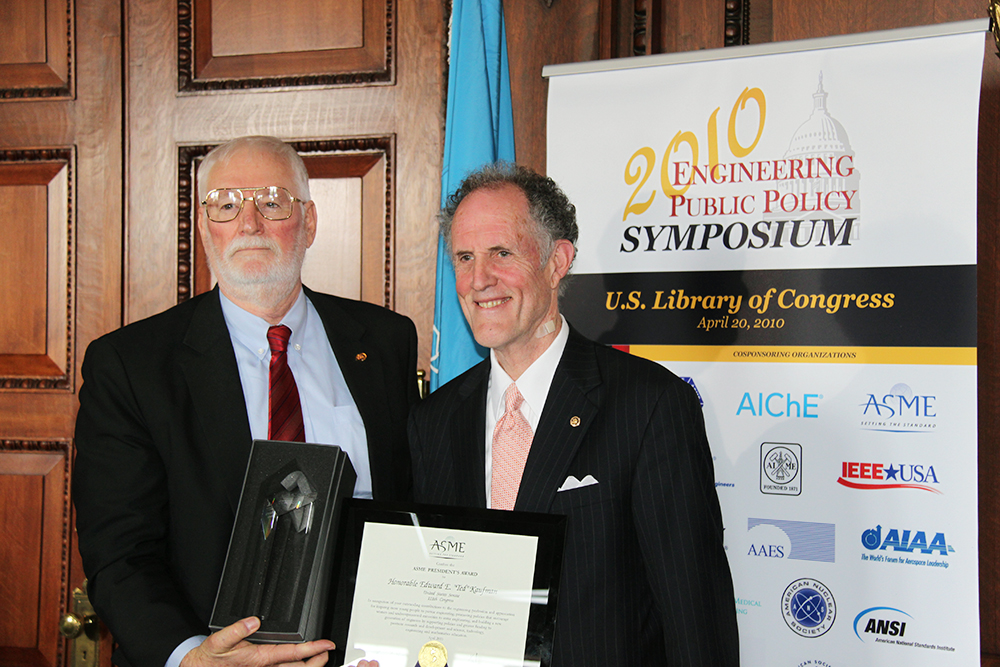 Senator Kaufman was recognized by ASME for his contributions to the engineering community. In 2009 and 2010, Kaufman was invited by ASME to deliver remarks to their annual Engineering Public Policy Symposium. In 2010, he was presented with the annual President’s Award for his efforts to promote the expansion of STEM education across the country. ASME President's Award recognizes prominent individuals and companies who have demonstrated significant contributions to the engineering profession. Kaufman was recognized for introducing legislation such as the E2 for Innovation Act and the STEM Education and Coordination Act. 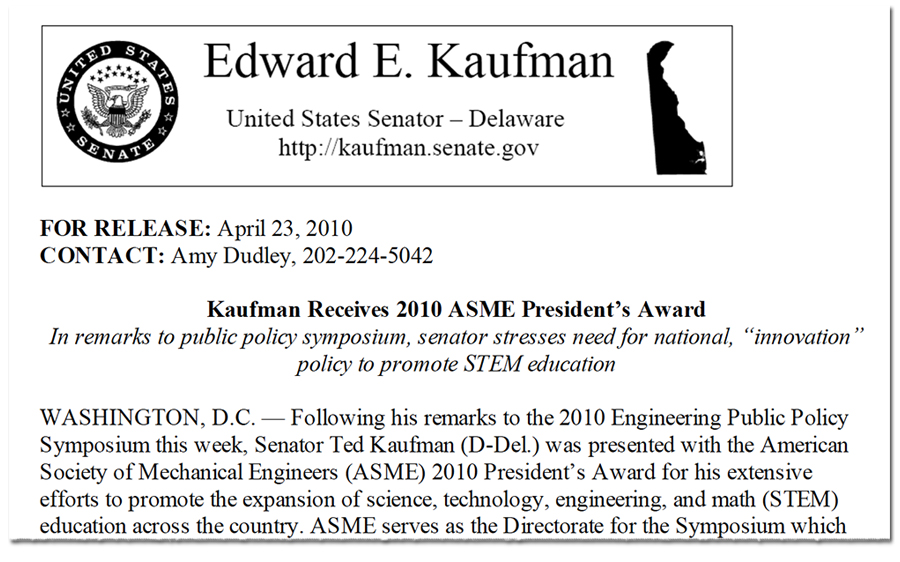