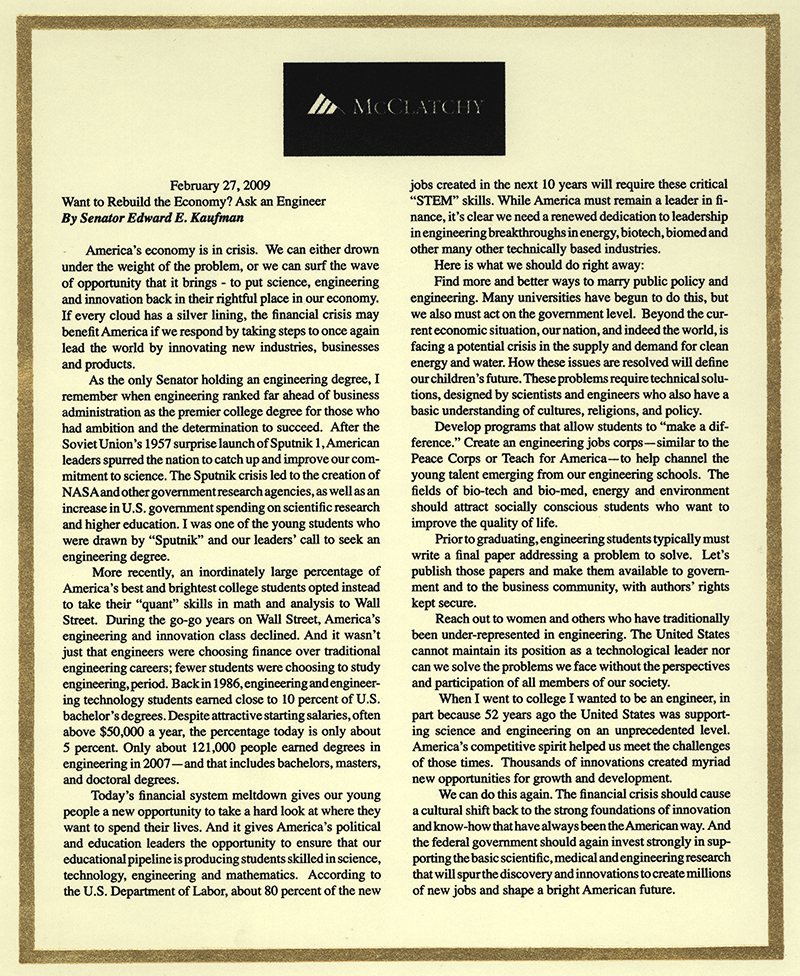 In this op-ed, Senator Kaufman outlined his recommendations for legislative priorities towards STEM education. With the economic downturn affecting millions of Americans, it became vitally important that the federal government step up to reevaluate funding priorities that would reinvigorate innovation and fuel the nation’s economic growth. Kaufman noted that the Soviet Union’s launch of Sputnik 1 in 1957 led to the creation of NASA and an increase in U.S. government spending on scientific research and higher education. Reinvesting in STEM education could help build new opportunities for growth and development.