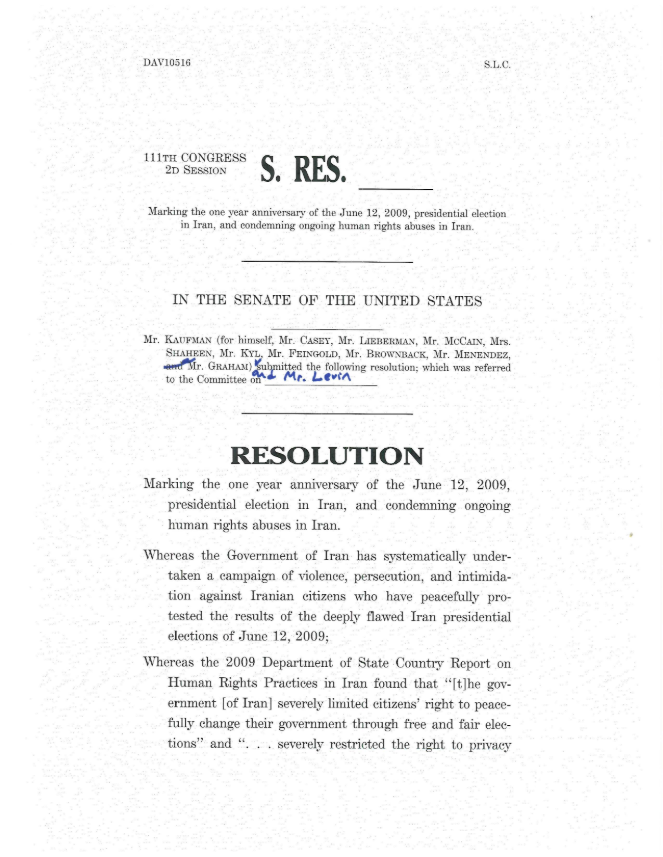 In addition to his other duties, Kaufman continued to draw attention to the struggles of Iranian citizens. To mark the one-year anniversary of the flawed presidential election in Iran, Kaufman and a group of senators introduced a resolution condemning the ongoing repression and abuse of human rights there. The resolution was unanimously adopted.