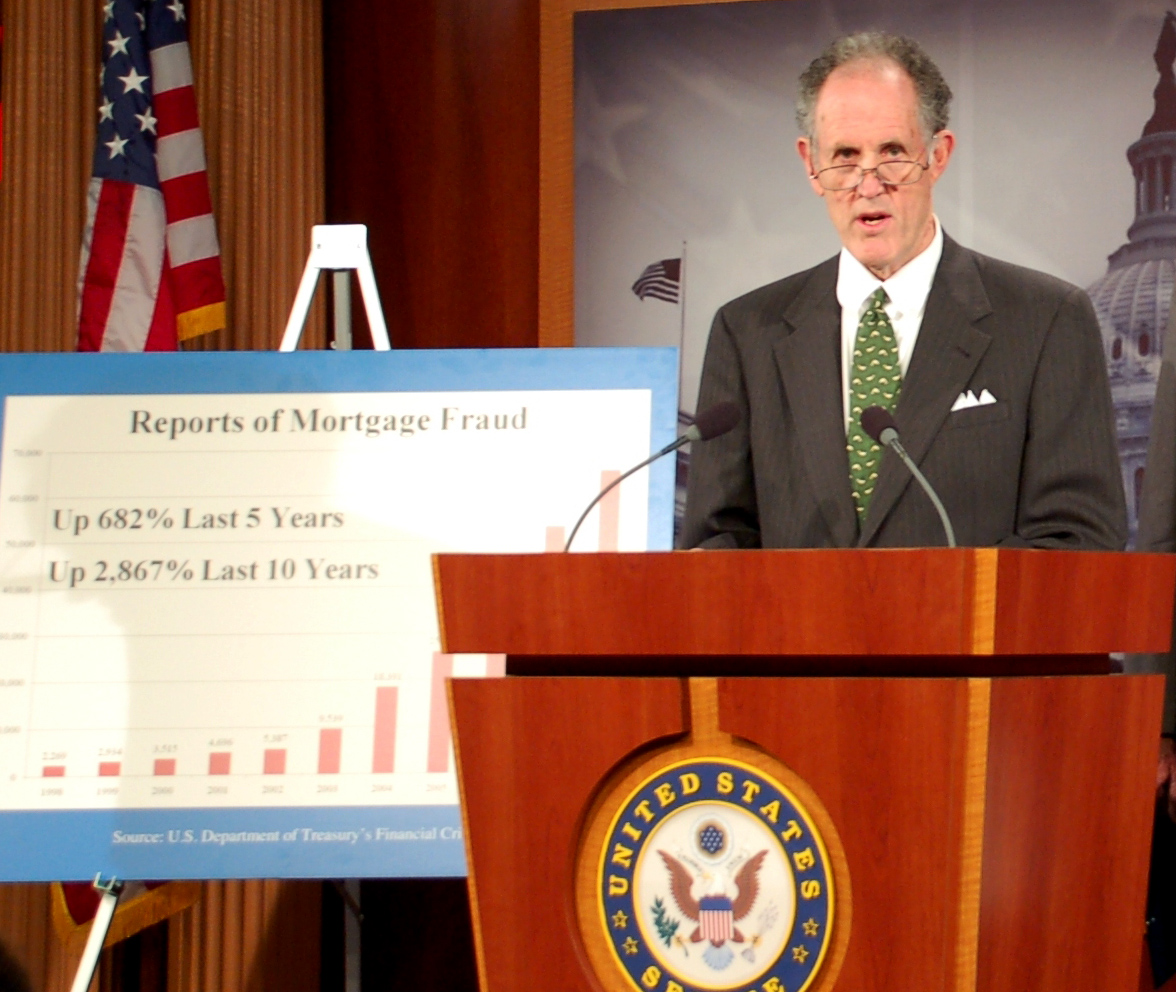 Senator Kaufman had not planned to take on the collapse of the American financial system when he took office in January 2009. He was not a member of the Senate banking committee: his first two committee appointments were Judiciary and Foreign Relations. Yet, as he voiced concerns about abusive and fraudulent financial practices, working through the Judiciary Committee to tackle financial fraud, Kaufman became aware of other problems. The more he investigated, the more deeply involved with financial reform Kaufman became, and his willingness to speak directly and candidly about the role of fraud and lawlessness in the financial collapse earned him a reputation as one of the Senate’s most passionate, vocal, and informed advocates for reforming Wall Street and the financial system.

The financial crisis was years in the making, but December 2007 marked the official beginning of the “Great Recession,” the most severe economic downturn in the United States since the Great Depression. Although experts disagree on all of the causes of the financial crisis and the degree to which each contributed, it is certain that a confluence of factors created an environment in which the financial markets and the economy tumbled. Stripped down financial regulations and failed corporate governance contributed to reckless decision making and instability. Excessive borrowing by both individuals and institutions, risky investments, and a lack of transparency left many vulnerable to financial ruin. Lowered mortgage-lending standards, predatory and fraudulent lending practices, and mortgage securitization created a risky and unsustainable housing bubble that eventually burst.

The effects on the economy, financial institutions, and the American people were profound. Most subprime mortgage lenders failed or were acquired by other financial institutions by the end of 2007, and in September 2008, the global financial services firm Lehman Brothers declared bankruptcy. Remaining investment banks like Merrill Lynch, Goldman Sachs, and Morgan Stanley struggled, and taxpayers eventually committed trillions of dollars to the federal bailout of some of the nation’s largest financial institutions. From the time the housing bubble ended in 2007 until 2009, about four million families lost their homes to foreclosure. Millions of Americans lost their jobs, and when the unemployment rate peaked at 10 percent in October 2009, approximately 26.2 million Americans remained unemployed or underemployed.

Senator Kaufman saw a great need and urgency for financial system reform, and he managed to significantly shape that debate during his brief term in office. His campaign for reform included punishing financial crimes and deterring financial fraud. He sought to change rules that played a role in the crisis, urging the Securities and Exchange Commission to address abusive short selling practices. He advocated for market structure reform, particularly the practice of high-frequency trading, and called for financial regulatory reforms and the breakup of “too-big-to-fail” banks.

Senator Kaufman’s work on financial fraud, abusive short selling, too-big-to-fail financial institutions, and market structure reform is represented in the following exhibit sections. While each is a distinct issue, taken together, they represent Kaufman’s efforts to restore credibility, fairness, transparency, and investor confidence to American markets.