Return to the Senate 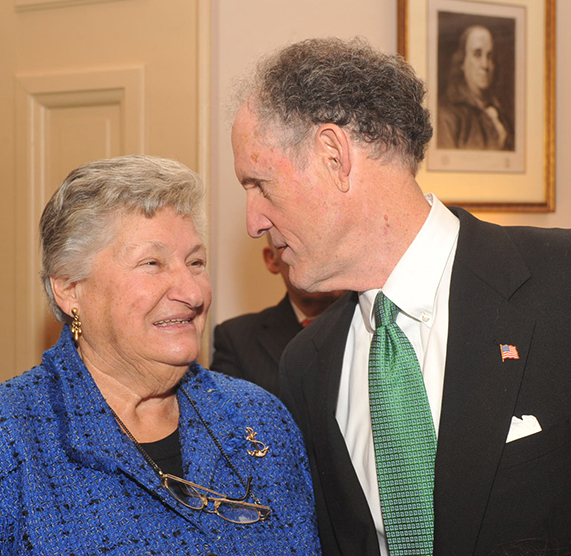 Unknown photographer, Photograph of Governor Ruth Ann Minner and Senator Ted Kaufman, 2009 January 16
View Metadata
In November 2008, incumbent Senator Joe Biden was re-elected to his seat in the U.S. Senate, but he also was elected Vice President of the United States on the Democratic ticket with presidential candidate Barack Obama.  Biden was sworn in to his seventh Senate term, but resigned his seat and was inaugurated to the vice presidency in January 2009.

On November 24, 2008, Delaware Governor Ruth Ann Minner announced her decision to appoint Ted Kaufman to fill the Senate seat that would be vacated when Biden assumed the office of Vice President.  Governor Minner explained that she wanted to appoint someone whose policies closely matched Biden’s. She also wanted someone who would not run in the November 2010 special election to complete the rest of Biden’s unfinished term.  Kaufman accepted the appointment with the understanding that he would not run for a second term, saying: "I am very comfortable with retiring after two years … I don't think Delaware's appointed Senator should spend the next two years running for office.”