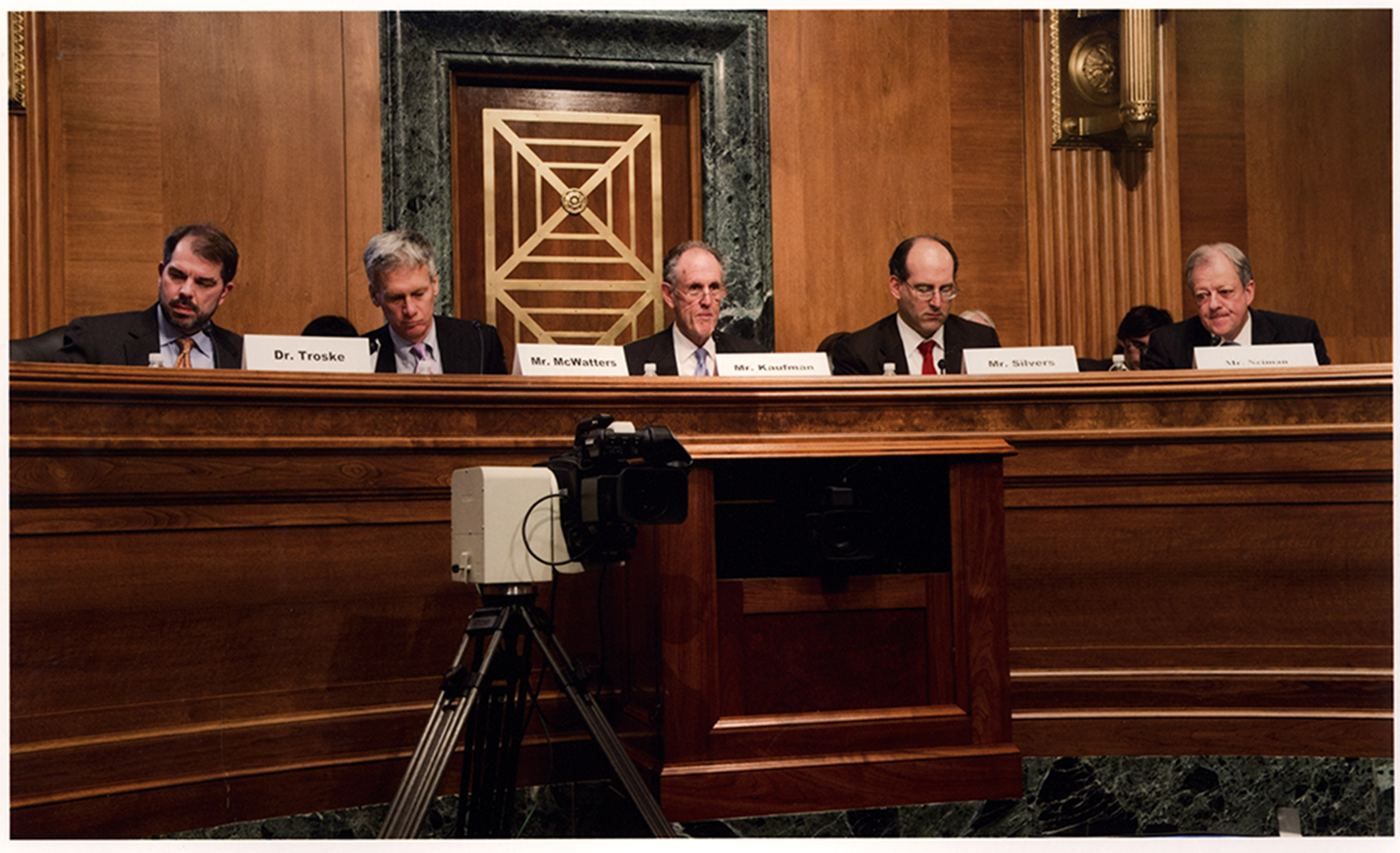 The financial crisis that started in 2007 only worsened into 2008, as subprime mortgage lenders failed or were acquired by more solvent financial institutions and millions of Americans lost their homes to foreclosure. As major financial institutions like Lehman Brothers began declaring bankruptcy in the fall of 2008, Congress acted to steady the economy.

Congress passed the Emergency Economic Stabilization Act (EESA), popularly referred to as the “Wall Street bailout,” in September 2008, and it was signed into law by President George W. Bush the following month. EESA established the Troubled Asset Relief Program (TARP), giving the Secretary of the Treasury $700 billion and the power to purchase mortgages and other “troubled assets” from institutional investors. EESA also established two organizations that would provide oversight for TARP: the Financial Stability Oversight Board and the Congressional Oversight Panel. Both bodies were charged with overseeing the Treasury Secretary’s actions in carrying out the act and evaluating how the act effected home ownership, financial markets, and costs to taxpayers.

The Congressional Oversight Panel (COP) was also given the power to hold hearings and take testimony and was required to report to Congress. In October 2010, Kaufman was appointed to the panel to replace Elizabeth Warren, who left to work on the Consumer Financial Protection Bureau. Kaufman was elected as COP’s second chairperson, and he served with four other financial and economic industry experts. Kaufman oversaw the panel as it conducted hearings, evaluated official data, and released reports. Although his Senate term expired in November 2010, Kaufman served as the panel’s chairman until the committee ceased operation in March 2011.