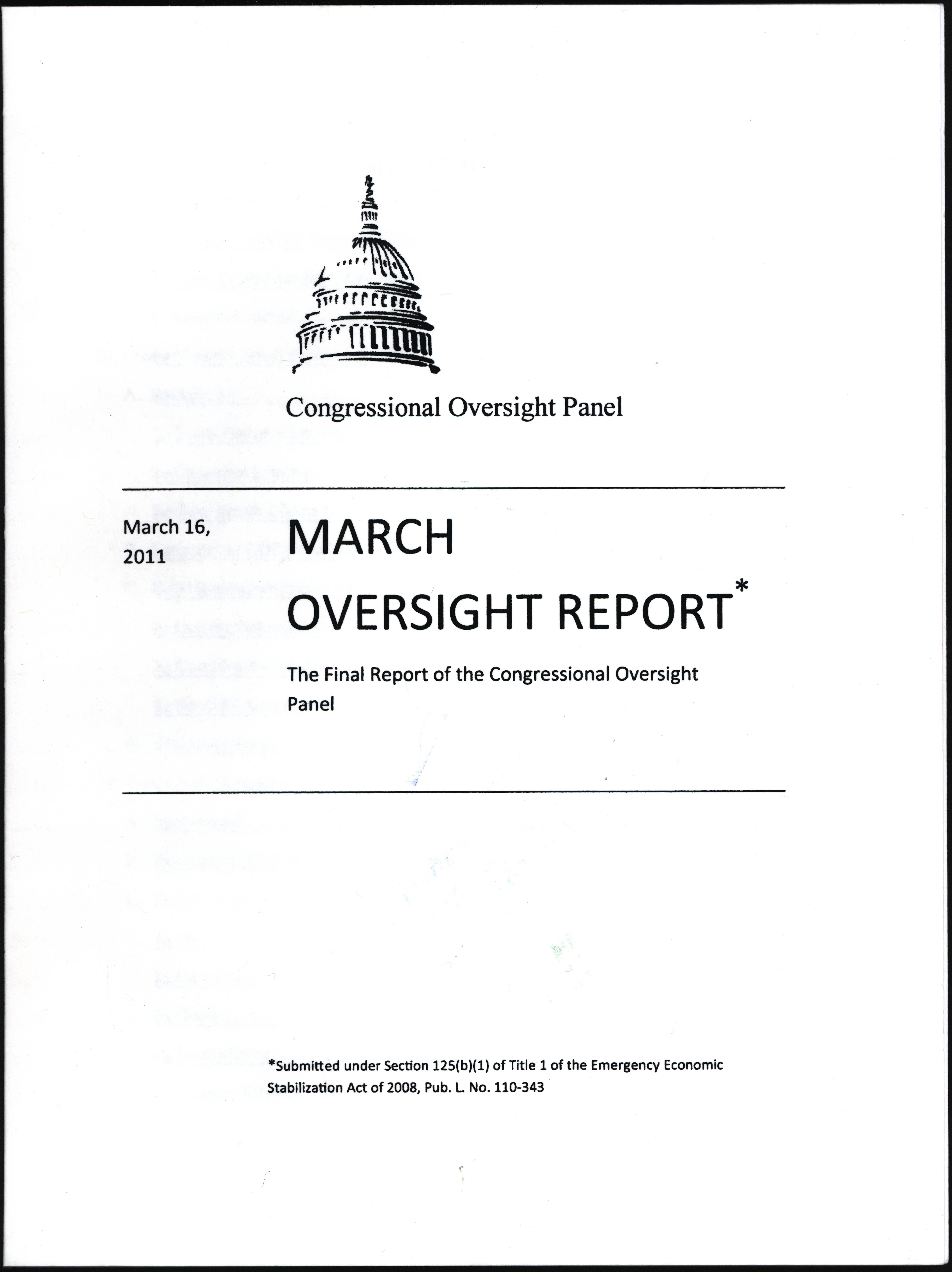 Although the economy was beginning to see signs of improvement – the Dow Jones Industrial Average was rising, housing prices were recovering, and private companies were beginning to hire – the panel continued to watch potential threats to the economy. In March 2011, COP held its final hearing and released its last report. In its overview of the Troubled Asset Relief Program, the panel found that TARP had provided a critical contribution to the economy and was necessary in preventing the collapse of the financial system. The panel repeated its concerns that TARP created a moral hazard in rescuing the largest financial institutions deemed “too big to fail.” The panel feared that large institutions would take risks with the expectation that taxpayers will “bear the loss.” Panel members again chided TARP’s response to American homeowners, stating that the program cost less than expected because it had prevented very few foreclosures.